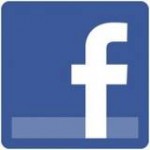 Jordan-downtown Smith Bob. If u thought that was a “Cheap Shot” it’s going to be a long season, & u mine as well delete me. I have been saying this for awhile, I think the whole Jed, Theo, & Byrnes relationship is incestuous, I thought Jed, & Theo had a “Handshake” agreement to trade Adrian to Boston for nothing was in place when Theo USED us a stepping stone to advance his career.

As for Kelly, & Cashner for #23, if u really think we got equal value, u are HIGH my friend. As for bait, & switch, Padres are very good at trying to bait us in to buying tix, & believing in the team this time of year, when we all know winning is not, nor has it been a priority in this town for years (switch). I say this w/all respect, accepting the job u did, u better develop thicker skin, bc us real Padres fans are tired of this shell game, & I for 1 will not listen to the SD Pad SCHILLS try to make chicken salad, outta chicken sh*t again!!!! Good luck.

A:  Jordan – Trust me, after being on the public stage open to criticism and bashing, and being yelled at from stands, emails, radio shows, etc. about what a crappy player and broadcaster I’ve been for the past 28 years, my skin is thick enough. It’s just so thoughtless and cliche to pull out the “you work for the team now, so everything you say is biased” card. You’re better than that, Jordan. I’ve known you to be a passionate fan for a long time, and I respect that. Your opinion, and that of any other fan is welcome here no matter what your take. The only things I’ve deleted on this forum (and I’ve only had to do it a couple of times) is foul language, or unnecessarily mean comments about my co-workers that have no constructive value. Funny thing is I have far more people wonder how I;ve been able to keep my association with the team because of my candor and willingness to constructively criticize, than accuse me of being a homer. My primary loyalty has always been to the game of baseball and the good of the game, and it always will be.  Regardless of what broadcast booth I happen to be sitting in I will continue my commitment to sharing my thoughts and observations about the game with passion and intellectual integrity.

As for the trades the Padres have made, there is no question that relationships between front offices are often times an important genesis to trades taking place. However, I’ve never known a GM to purposely make a deal that would significantly handicap his own team as a favor to another GM friend. Are there favors that take place, and “owe you one’s”, sure. But to suggest the Padres brass has been purposely making short sided deals makes no sense to me. It’s professional suicide short run and long run, as they are evaluated on performance and those GM opportunities are few and far between. Other GM’s know what is being offered for a player, and word spreads if a guy obviously took an inferior deal because everyone else wants to know that the GM’s that they are competing with in their own division are working under the same set of negotiating rules as they are in building their teams.

As for Gonzo trade and equal value, how do you get equal value for one of the best hitters in baseball?  You don’t.  How do you get equal value when everyone knows you have no leverage and you have to trade the player?  You don’t.  You go to the market and get the best deal you can, and hope that some of the pieces you get back work out.  if you are lucky one becomes an everyday player.  If you are really lucky two do.  And it’s a once every 5 years, maybe even a decade miracle when one of the pieces you get back turns into a Trevor Hoffman, or Adrian Gonzalez again.  That’s part of the reason I was so impressed with what the Pads were able to get back for Latos, and the guts for Byrnes to pull the trigger when he did.  Not an easy call with a talent like Mat, but he gave himself as good a chance as possible to get at least 2, and maybe all 4 of those return pieces to help the MLB team in next 2 years – that would be an amazing return no matter what Latos ends up doing in Cincicnatti.

As for bait ‘n switch over the years, I don’t disagree with you at all that winning has not been the number one priority within the organization consistently over the years.  There have been multiple stretches of commitment to mediocrity, and that does not get turned around overnight.  Hopefully the band aid approach is coming to an end, and a commitment to internal health (develop from within through investment in draft and development) is getting a foothold. Until it is firmly entrenched and consistently producing MLB quality talent the fans will continue to see the occasional good players that emerge drift away.  The frustration is that for many years the source of the problem has been largely internal, however the good news is the cure is also internal.

Jordan, we will not always agree, but we share  passion for the game, and the passion that you and other Padres fans have for the game is what this city needs.