You are here: Home / Baseball / Hey-Scan Fan Poll Results – Is there too much fighting in MLB…

You were asked do you think there is too much fighting going on in MLB games? 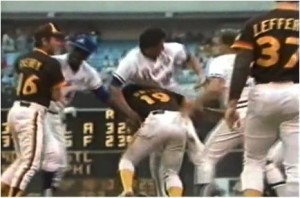 I can’t say that the fights I was involved with on the field were my proudest moments as a player, but I do believe as the majority of you do that it’s just what happens sometimes when men are competing.

Looking forward to seeing your vote on the new fan poll question asking whether you think that MLB needs to change the rules about pitchers being able to put foreign substances on the baseball.