You were asked which of the first year eligible candidates on this year’s HOF ballot would you vote in on their first try? 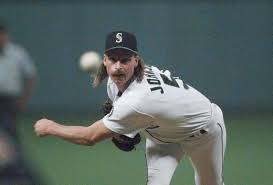 It surprised me that Johnson did not get a larger percentage of your votes.  He was one of the most dominating and intimidating pitchers of my era.  Can’t tell you how many times I saw teammates remove themselves from the lineup with a “sore hamstring”, or “tight back” the day he pitched.  He was a 5 time Cy Young winner, won 303 career wins, posted a .646 winning %, holds the MLB record for career K/9 at 10.6, etc. etc.  Curious, what more would he have had to accomplish to earn your vote?

Looking forward to seeing your vote on the new fan poll question asking which of the non-first time HOF candidates you would vote for this time around.